The Promise and the Dream 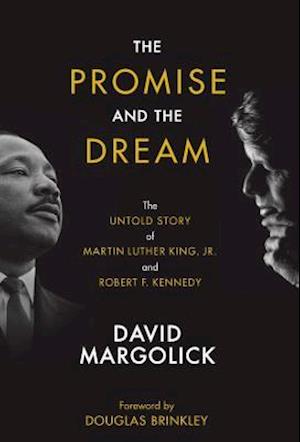 No issue in america in the 1960s was more vital than civil rights, and no two public figures were more crucial in the drama of race relations in this era than Martin Luther King, Jr., and Robert F. Kennedy. Fifty years after they were both murdered, noted journalist David Margolick explores the untold story of the complex and ever-evolving relationship between these two American icons. Assassinated only sixty-two days apart in 1968, King and Kennedy changed the United States forever, and their deaths profoundly altered the country's trajectory. In The Promise and the Dream, Margolick examines their unique bond and the complicated mix of mutual assistance, impatience, wariness, awkwardness, antagonism, and admiration that existed between the two, documented with original interviews, oral histories, FBI files, and previously untapped contemporaneous accounts. At a turning point in social history, MLK and RFK embarked on distinct but converging paths toward lasting change. Even when they weren't interacting directly, they monitored and learned from, one another. Their joint story, a story each man took some pains to hide and which began to come into focus only with their murders, is not just gripping history but a window into contemporary America and the challenges we continue to face. Complemented by award-winning historian Douglas Brinkley's foreword and more than eighty revealing photos by the foremost photojournalists of the period, The Promise and the Dream offers a compelling look at one of the most consequential but misunderstood relationships in our nation's history.