The Project-State and Its Rivals

- A New History of the Twentieth and Twenty-First Centuries 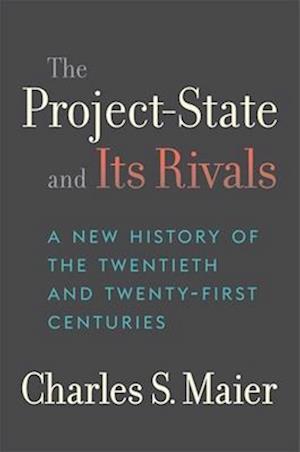 A new and original history of the forces that shaped the twentieth and twenty-first centuries.We thought we knew the story of the twentieth century. For many in the West, after the two world conflicts and the long cold war, the verdict was clear: democratic values had prevailed over dictatorship. But if the twentieth century meant the triumph of liberalism, as many intellectuals proclaimed, why have the era's darker impulses-ethnic nationalism, racist violence, and populist authoritarianism-revived?The Project-State and Its Rivals offers a radical alternative interpretation that takes us from the transforming challenges of the world wars to our own time. Instead of the traditional narrative of domestic politics and international relations, Charles S. Maier looks to the political and economic impulses that propelled societies through a century when territorial states and transnational forces both claimed power, engaging sometimes as rivals and sometimes as allies. Maier focuses on recurring institutional constellations: project-states including both democracies and dictatorships that sought not just to retain power but to transform their societies; new forms of imperial domination; global networks of finance; and the international associations, foundations, and NGOs that tried to shape public life through allegedly apolitical appeals to science and ethics.In this account, which draws on the author's studies over half a century, Maier invites a rethinking of the long twentieth century. His history of state entanglements with capital, the decline of public projects, and the fragility of governance explains the fraying of our own civic culture-but also allows hope for its recovery.