- New Ideas for the Centre-Left 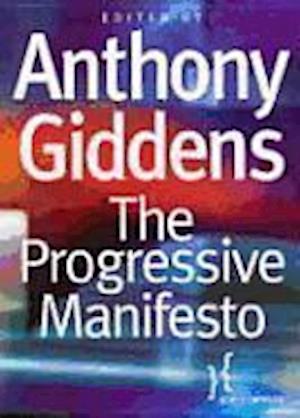 This book seeks to develop a new agenda for the centre--left. During the 1990a s, left of centre governments or coalitions came into power in the US, many of the European Union countries, and in societies elsewhere too. The modernisation of social democracy was crucial to these successes -- all centre--left parties that came to power revised and updated their traditional doctrines. Recent years have seen the widespread return of the right to power, coupled to the prominence of far right parties in many countries. The centre--left must respond. Third--way thinking was a major source of ideological renewal, but today we must move beyond the political formulae of the 1990s. The authors represented in this volume show how. The papers included were prepared for the summit of progressive leaders held in July 2003. All have been written by leading experts in their fields. In his extensive introduction, Anthony Giddens draws the threads together to sketch a powerful and novel left--centre political approach.The book includes contributors from John Kay, Folke Schuppert, Tom Berntley, David Halpern, Gosta Esping--Andersen, Nicola Rossi, David Held, Mary Kaldor, Rebecca Willis and James Wilsdon. Formerly Director of the London School of Economics and Political Science, Anthony Giddens is a leading contributor to political debate around the world. He is the author of numverous widely acclaimed works including The Third Way (1998) and The Third Way and its Critics (2000).

Forfattere
Bibliotekernes beskrivelse This book brings together leading experts in the field to develop a new agenda for the centre--left. In his extensive introduction, Anthony Giddens draws the threads together to sketch a powerful and novel left--centre political approach.