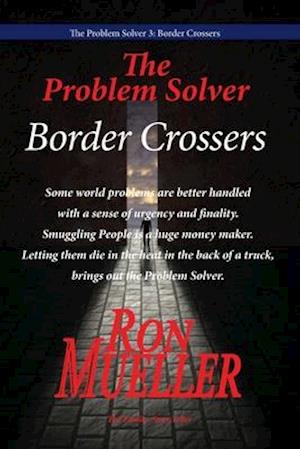 Ian takes in the scene as the news camera zooms in as the police open the back of a semi. The heat waves shimmering up from the pavement speak to the extreme desert heat. One of the police officer turns and holds his hand over his mouth as he gets sick. The people in the back of the semi are dead and it is clear that many tried unsuccessfully to claw their way out. The camera man turns the camera to the field reporter who describes the scene and the awful smell.

This was the second such discovery in as many months.

The reporter poses the question of how or who will solve such a horrible problem.

Ian knew immediately that he had been activated.

Almost immediately after the news cast his phone displays a simple message, "call".

Using one of his disposable phones Ian calls the number that he has memorize. He gets briefed on what is expected of him. As always he is reminded that he has a support team that he should leverage.

Ian becomes Herman A. Lunquist senior FBI investigator. This was one of his most used identities that he has on record.

He contacts the FBI regional office in Phoenix and arranges for a visit.

His thorough understanding of the situation and his research into the region provide him with the break he needs to resolve the current situation.

He knew any solution he accomplished would only be good for the near future. The pressure to cross the border into the US was not going to lessen.

He discovers that a key person second in command of the local police department is a prime suspect. And another person is part of the border security office.

Ian and the team come up short on the needed incriminating evidence to indite the police second in command. Ian utilizes both threat and bluff to extract a confession from the crooked assistant police chief.

Ian leaves the Phoenix FBI office, and the local law enforcement leaders with a success story that they all embrace.

Ian leaves on a helicopter that will take him directly home to the warmth of his Lesley.