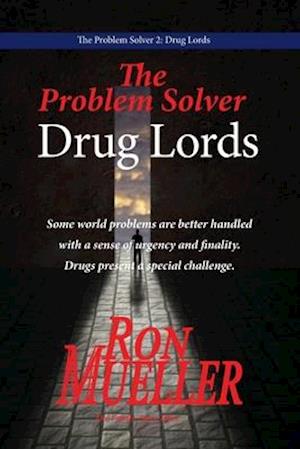 Ian Sinclair is the Problem Solver who solves problems that are beyond the boundary of current organizations and governments.

Raised on fundamental principles and forged in the hell of Vietnam, Ian has become the solution to many otherwise unsolvable situations.

A desire to slow the flow of drugs across the border gets Ian assigned to eliminate the heads of the drug cartels.

Ian wonders who is crazier, he for accepting the assignment or the person assigning him to disrupt the drug flow.

He defines and becomes a series of different people as he eliminates the heads of the various drug cartels.

His initial success bodes well for his plan, and he continues on but the load of his action weighs heavy.

He lets himself get close to one Drug leader and almost losses his way. He recovers and continues to execute his plan and execute the leaders of various drug cartels.

The highlight of the drug leader elimination journey is the journey into the bay of California and his ride with a mother humpback whale and a ride on the back of a killer whale. He decides he is crazy enough for the role he plays.

His weapons are C4, a switch blade, a bullet, and a pen. He plays the role of robot engineer, a news writer, a beggar, a vacation sailboat captain, an old man, and a businessman.

He travels west along the Mexican border to California and hooks back to Mexico City where he finishes his Drug Lord Solutions crusade.

He then looks forward to returning to his loving wife Lesley.