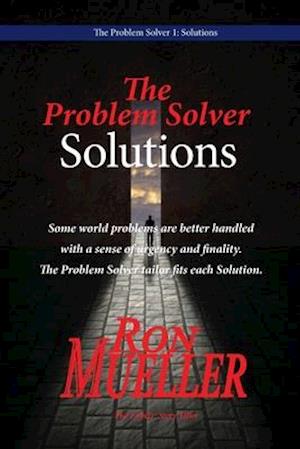 Ian Sinclair is the problem Solver. Never be one of his problems.

The problem solver crosses these boundaries.

He resolves the problem in the way he determines is required.

His research of the problem is thorough, in depth and as fair as possible.

Once his research is done and he engages in the field, Ian never looks back and he carries out his plan.

But as we all know plans often fall apart. It is at these times that his thoroughness saves him.

He lives two lives and in both worlds, he is a problem solver. In his normal life he solves problems around the world for a multi-national company.

In this normal world his family provides his anchor.

He always questions his foundations and counts on his wife, Lesley to keep him on firm footing.

He is a problem solver in both of his worlds. He has superior results in both.

Once in action, he maintains a forward momentum that carries him through the toughest spots.

Animals sense his fearlessness and his fundamental goodness and always seem to accept him but the people around him are often frightened by his direct and often devastating actions.

His targets seldom know his intentions until the fatal moment when he takes action.

Once action is initiated Ian is relentless, but he is always checking himself to ensure he is executing against plan and not emotions.

His personal centering on fundamental truths and principals serves to guide him and it protects those that he works with as he carries out his plans.