The Problem of Labour in Fourteenth-Century England 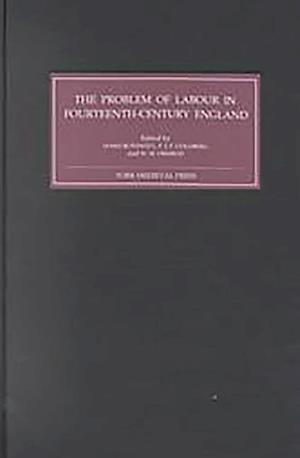 At the very moment that the image of the honest labourer seemed to reach its apogee in the Luttrell Psalter or, a few decades later, in Piers Plowman, the dominant culture of the landed interests was increasingly suspicious of what it described as the idleness, greed and arrogance of the lower orders. Labour was one of the central issues during the fourteenth century: the natural disasters and profound social changes of the period created not merely a "problem" of labour, but also new ways of discussing and (supposedly) solving that problem. These studies engage with the contrasting and often competing discourses which emerged, ranging from the critical social awareness of some of the early fourteenth-century protest literature to the repressive authoritarianism of the new national employment laws that were enforced in the wake of the Black Death, and were expressed in counter-cultures of resistance and dissent. JAMES BOTHWELL and P.J.P. GOLDBERG lecture in history, and W.M. ORMROD is Professor of History, at the University of York. Contributors: CORDELIA BEATTIE, CHRISTOPHER DYER, RICHARD K. EMMERSON, P.J.P. GOLDBERG, KATE GILES, CHRIS GIVEN-WILSON, STEPHEN KNIGHT, DEREK PEARSALL, SARAH REES JONES.

Forfattere
Bibliotekernes beskrivelse Attitudes towards `labour', in the wake of the Black Death, shown to range from early protest literature to repressive authoritarianism.