The Pro-Israel Lobby in Europe 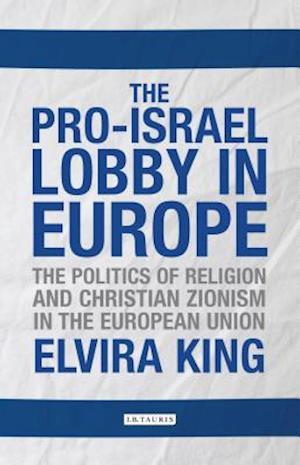 The activities of pro-Israel pressure groups and lobbyists in the US are well-known. But the pro-Israel lobby in Europe is less prominent in both academic and media accounts. In a unique account, Elvira King identifies the pro-Israeli groups which attempt to influence policy-makers and implementers in the EU, specifically examining Christian Zionist groups. Through a detailed study of the European Coalition for Israel (ECI), the only Christian Zionist lobby in Brussels, Elvira King analyses whether and how a religious group can (and can fail to) influence decision-makers in the EU. By exploring the context of European relations with Israel as well as the mechanisms through which pressure groups are able to influence EU-wide policies, King offers an analysis which demonstrates how the EU can be a site where religion and politics meet, rather than just being a secular institution. It therefore contains vital primary research for both those interested in the pro-Israel lobby as well as those examining the role of religion in politics more generally.