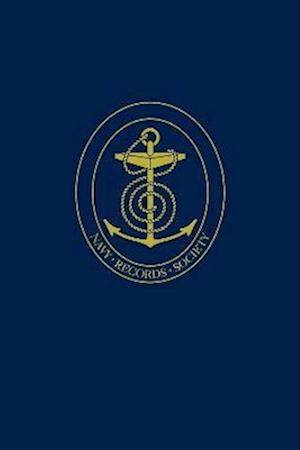 This volume attempts to rescue Nelson's second-in-command at Trafalgar from the comparative obscurity that had overtaken him since the close of the nineteenth century. Vice-Admiral Lord Collingwood (1748-1810), lionised for his role at Trafalgar by his contemporaries and by Victorians, had become widely viewed in the first half of the twentieth century as a naval 'mediocrity'.The contents are Collingwood's correspondence (1776-1810) mainly from private collections and do not include any of his official correspondence which can be found at the National Maritime Museum. Thus in this volume there are no broad comprehensive accounts of Trafalgar, though there are related snippets of professional and human interest, not least regarding the sense of injustice felt by the officers of the ships that had not returned home after the battle but stayed on in the Mediterranean and feared themselves forgotten by the Admiralty in the bestowal of rewards. Clearly glimpsed is Collingwood's own frustration with an Admiralty that, despite his repeated protestations of ill-health, steadfastly refused to relieve him from the Mediterranean command.There are letters to his relations that provide vivid accounts of the Glorious First of June and the battle of Cape St Vincent; letters of a domestic and revealingly personal nature and incidental letters to other recipients including Rear-Admirals Sir Thomas Louis and Sir Thomas Pasley, and Captain Benjamin Hallowell. Inward correspondence, consisting of letters (1808-10) from the Duke of Northumberland, forms an appendix.The outward correspondence opens in March 1776, when Collingwood was about to become first lieutenant of the sloop Hornet under a brutal and despised captain who had him court-martialled the following year (he was acquitted), and closes in March 1810, when, weary and ailing, he was yet again desperately pleading to be relieved. (The final letter, dated 15 March 1810, is to Collingwood's sister from the First Secretary to the Admiralty, unaware that the admiral had died at sea on 7 March).