The Pristine Culture of Capitalism 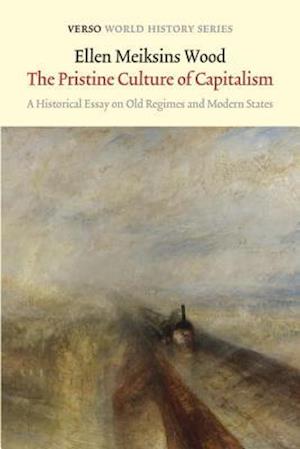 Capitalism was born in England, yet the dominant Western conceptions of modernity have come from elsewhere, notably from France, the historical model of "bourgeois" society. In this lively and wide-ranging book, Ellen Meiksins Wood argues that what is supposed to have epitomized bourgeois modernity, especially the emergence of a "modern" state and political culture in Continental Europe, signalled the persistence of precapitalist social property relations. Conversely, the absence of a "modern" state and political discourse in England testified to the presence of a well-developed capitalism. The fundamental flaws in the British economy are not just the symptoms of arrested development but the contradictions of the capitalist system itself. Britain today, Wood maintains, is the most thoroughly capitalist culture in Europe. This book is as interesting and provocative to observers of contemporary capitalism as to historians of early modern Europe or Western political thought.

Forfattere
Bibliotekernes beskrivelse Why Britain was capitalist but not bourgeois