The Prisoner in His Palace

- Saddam Hussein, His American Guards, and What History Leaves Unsaid 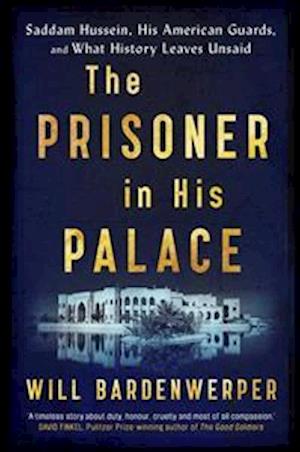 The Prisoner in His Palace is an evocative and thought-provoking account of how the lives of twelve young American soldiers deployed to Iraq are upended when they're asked to guard the most 'high-value detainee' of all, the notorious dictator Saddam Hussein. What the self-dubbed 'Super Twelve' experience in the autumn of 2006 is cognitive dissonance at its most extreme. Expecting to engage with the enemy 'outside the wire', they're suddenly tasked with guarding and protecting a notorious dictator until he can be hanged. Watching over Saddam in a former palace the soldiers dub 'The Rock' and regularly transporting their prisoner to his raucous trial, they gradually begin to question some of their firmest beliefs. Rather than the snarling beast they expect, Saddam proves confoundingly complex - voluble, charming and given to surprising displays of affection. Perhaps most shockingly, in his Spartan stoicism and the courage he shows in facing death he eventually becomes a role model. Employing a timeline that switches between present and past, The Prisoner in His Palace contrasts the man entrusted to the Super Twelve's care - a grandfatherly figure who proves 'good company' - with a younger version of Saddam who is unspeakably ruthless, views murder and torture as legitimate tools and constantly keeps those around him in a blind panic. The magic of this book is that Bardenwerper keeps us on edge even though we know how it will end. We immediately sense that the Super Twelve will be forever changed by their experience, and we wonder if we ourselves will. In this artfully constructed narrative, Saddam, the 'man without a conscience', manages to get everyone around him to examine theirs.

Forfattere
Bibliotekernes beskrivelse The story of the twelve American soldiers who were assigned to guard Saddam Hussein in his final months.