The Prince of the Skies 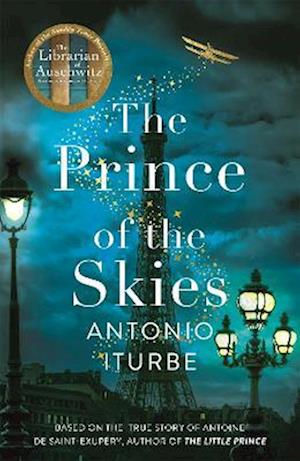 From the bestselling author of The Librarian of Auschwitz, Antonio Iturbe, comes a captivating historical novel based on a true story - the extraordinary life and mysterious death of Antoine de Saint-Exupery, author of The Little Prince. Writer. Romantic. Pilot. Hero. All Antoine de Saint Exupery wants to do is be a pilot. But flying is a dangerous dream and one that sets him at odds with his aristocratic background and the woman he loves. Despite attempts to keep him grounded, Antoine is determined to venture forwards into the unknown. Together with his friends, Jean and Henri, he will pioneer new mail routes across the globe and help change the future of aviation. In the midst of his adventures, Antoine also begins to weave a children's story that is destined to touch the lives of millions of readers around the world. A story called The Little Prince . . . Fame and fortune may have finally found Antoine, but as the shadow of the Second World War begins to threaten Europe, he's left to wonder whether his greatest adventure is yet to come . . . Translated by Lilit Zekulin Thwaites, The Prince of the Skies is a moving tale of love and friendship, war and heroism, and the power of the written word.