- The dawning of consciousness 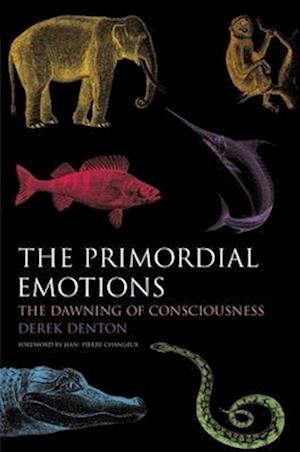 To understand what is happening in the brain in the moment you decide, at will, to summon to consciousness a passage of Mozart's music, or decide to take a deep breath, is like trying to "catch a phantom by the tail". Consciousness remains that most elusive of all human phenomena - one so mysterious, one that even our highly developed knowledge of brain function can only partly explain. This book is unique in tracing the origins of consciousness. It takes theinvestigation back many years in an attempt to uncover just how consciousness might have first emerged.Consciousness did not develop suddenly in humans - it evolved gradually. In 'The Primordial Emotions', Derek Denton, a world renowned expert on animal instinct and a leader in integrative physiology, investigates the evolution of consciousness. Central to the book is the idea that the primal emotions - elements of instinctive behaviour - were the first dawning of consciousness. Throughout he examines instinctive behaviours, such as hunger for air, hunger for minerals, thirst, and pain, arguingthat the emotions elicited from these behaviours and desire for gratification culminated in the first conscious states. To develop the theory he looks at behaviour at different levels of the evolutionary tree, for example of octopuses, fish, snakes, birds, and elephants. Coupled with findings fromneuroimaging studies, and the viewpoints on consciousness from some of the key figures in philosophy and neuroscience, the book presents an accessible and groundbreaking new look at the problem of consciousness.

Forfattere
Bibliotekernes beskrivelse This book presents an accessible and groundbreaking new look at the evolution of consciousness. It traces its origins back to early man's primordial emotions - those elicited from basic needs such as hunger and thirst. numerous black & white photographs, line illustrations and a colour plate section