The Present and the Past 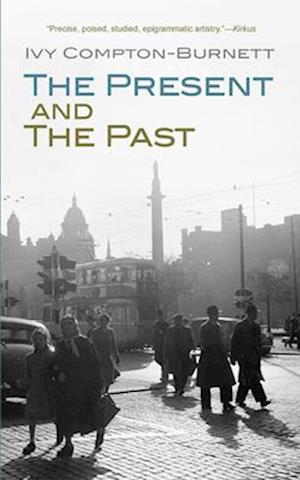 "Ivy Compton-Burnett is one of the most original, artful, and elegant writers of our century." -- Hilary Mantel

When Cassius Clare and his first wife divorced, he insisted upon retaining custody of their two sons; he then remarried and fathered three more children. Now the first Mrs. Clare has returned after nine years' absence, begging to be allowed to visit the children. Cassius takes a malicious pleasure in granted her request, certain that she and the second Mrs. Clare will provide him with an amusing sideshow. Instead, the two women strike up a warm friendship that leaves him out in the cold -- and contemplating an attention-getting suicide attempt.

Compton-Burnett was known as a writer's writer: Joyce Carol Oates called her work "Aeschylus and Sophocles funnily reinvented by Oscar Wilde"; John Waters described her books as "dark, hilarious, evil little novels"; Hilary Mantel declared that she was "one of the most original, artful, and elegant writers of the century"; and V. S. Pritchett, in 1955, noted she was "the most original novelist now writing in English." Discover for yourself why Compton-Burnett is treasured by authors of all sorts.

"A rich story, told with far deeper insight and a bolder, more sure-footed appreciation of subtleties, than I think any of Compton-Burnet's contemporaries could achieve." -- The Spectator (U.K.)