The Presence of the Past in Children's Literature

indgår i serie CONTRIBUTIONS TO THE STUDY OF WORLD LITERATURE 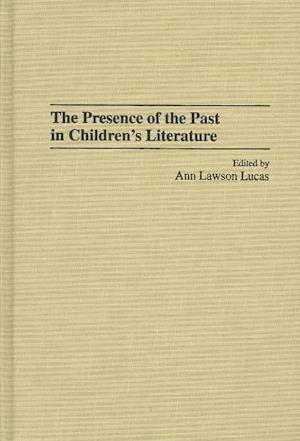 Time is one of the most prominent themes in the relatively young genre of children's literature, for the young, like adults, want to know about the past. This book explores how children's writers have treated the theme and concept of time. The volume starts with the application of literary theory and additionally analyzes examples of the juvenile historical novel. In doing so, it also examines changing fashions in criticism and publishing and the pressure they exert on writers. It then considers literary adaptations of myths and archetypes, constructions of history in children's literature, colonial and postcolonial children's fiction, and the treatment of the past in the postmodern era. The book looks at literature from around the world, and the expert contributors are from diverse countries and backgrounds.While the book looks primarily at literature of the 19th and 20th centuries, it considers a broad range of historical material treated in works from that period. Included are discussions of such topics as Joan of Arc in children's literature, the legacy of Robinson Crusoe, colonial and postcolonial children's literature, the Holocaust, and the supernatural. International in scope, the volume examines history and collective memory in Portuguese children's fiction, Australian history in picture books, Norwegian children's literature, and literary treatments of the great Irish famine.

Forfattere
Bibliotekernes beskrivelse Time is one of the most prominent themes in the relatively young genre of children's literature, for the young, like adults, want to know about the past. 1 Hardback