The Presence of Duns Scotus in the Thought of Edith Stein 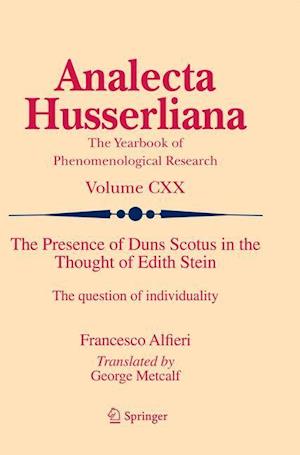 This book examines the phenomenological anthropology of Edith Stein. It specifically focuses on the question which Stein addressed in her work Finite and Eternal Being: What is the foundational principle that makes the individual unique and unrepeatable within the human species? Traditional analyses of Edith Stein's writings have tended to frame her views on this issue as being influenced by Aristotle and Thomas Aquinas, while neglecting her interest in the lesser-known figure of Duns Scotus. Yet, as this book shows, with regard to the question of individuality, Stein was critical of Aquinas' approach, finding that of Duns Scotus to be more convincing. In order to get to the heart of Stein's readings of Duns Scotus, this book looks at her published writings and her personal correspondence, in addition to conducting a meticulous analysis of the original codexes on which her sources were based. Written with diligence and flair, the book critically evaluates the authenticity of Stein's sources and shows how the position of Scotus himself evolved. It highlights the originality of Stein's contribution, which was to rediscover the relevance of Mediaeval scholastic thought and reinterpret it in the language of the Phenomenological school founded by Edmund Husserl.