- WINNER OF THE WOMEN'S PRIZE FOR FICTION 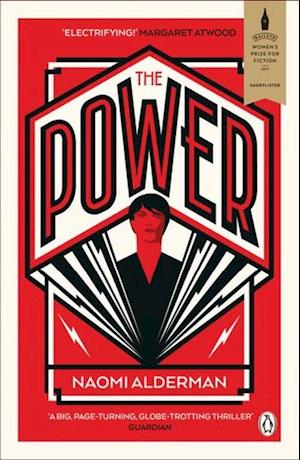 Forfattere
Forlagets beskrivelse WINNER OF THE WOMEN'S PRIZE FOR FICTIONONE OF BARACK OBAMA'S BEST BOOKS OF 2017'Electrifying' Margaret Atwood'A big, page-turning, thought-provoking thriller' Guardian----------------------------------All over the world women are discovering they have the power.With a flick of the fingers they can inflict terrible pain - even death.Suddenly, every man on the planet finds they've lost control.The Day of the Girls has arrived - but where will it end?----------------------------------'The Hunger Games crossed with The Handmaid's Tale' Cosmopolitan'I loved it; it was visceral, provocative and curiously pertinent . . . The story has stayed with me since' Stylist, The Decade's 15 Best Books by Remarkable Women'Superb. Insightful, thrilling, funny. Well-crafted, compelling, serious-minded' Daily Telegraph'Fascinating, ingenious, rattles with a furious pace. Deserves to be read by every woman (and, for that matter, every man)' The Times'Irresistible. Holds a mirror up to the here and now' Mail on Sunday'Chilling, thrilling, a blast' Financial Times
Bibliotekernes beskrivelse PRIZES:Winner of Baileys Women's Prize for Fiction 2017