The Power of the Babbling Brook 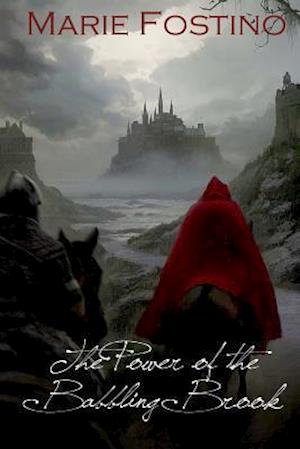 Ponce de Leon was sent on a voyage to explore this land he called Pascua Florida, for the King of Spain. His job was to find more gold and the Waters of Life to help heal King Ferdinand, who was 35 yrs older than his young wife. When he asked the Indians to join them for a meal and about the waters of life for the King, he was forced to go through the swirling lights to find Merlin in exchange. Marlena, a history teacher in the year 2014, was dressed like Merlin at the Renaissance Fair selling bottles of water with the words Fountain of Youth on them to raise money for the school. Little did she know she would get picked up by a knight, and go through swirling rainbow lights back into the year 1513. It was at the pilgrims' dinner with the Indians that it was discovered what year she was in and who she was dining with. She already had a hate for Ponce for kidnapping her to this place, but when he choked on some food and she did CPR to bring him back to life that is when her life became in danger. Now she was considered a witch and the person she disliked the most was the one to protect her and help her get back to her time.