The Power of Saving Wisdom 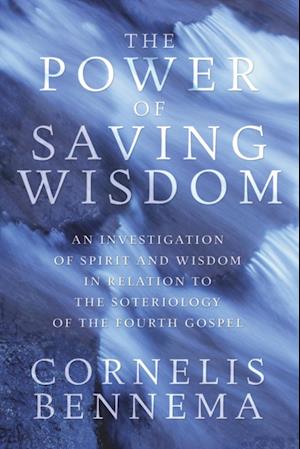 Cornelis Bennema explains the role of the Spirit in salvation according to John's Gospel against the background of intertestamental Jewish wisdom literature. He comes to the conclusion that the salvific function of the Spirit is that of a cognitive agent who, through the mediation of life-giving wisdom, creates and sustains a saving relationship between the believer and the Father and Son. ""With meticulous detail, Bennema examines both prior scholarly works on related subjects and ancient sources relevant to the conceptual background of the Spirit in John. His examination strengthens the link between God's Spirit and Wisdom that scholars have sometimes noted in early Jewish sources, and contributes some different perspectives to current debates regarding Johannine pneumatology and soteriology."" -Craig S. Keener, Professor of New Testament, Palmer Theological Seminary ""This book is one of the most interesting and informative books I have read recently on John's gospel...The book is lucidly written, interacts intelligently and informatively with a wide variety of other literature on John, and again and again says insightful things about John's gospel...Some books on John make the gospel seem more obscure not less; this is not one of them. Bennema I found illuminating and helpful."" -David Wenham, Trinity College, Bristol (Evangelical Quarterly, April 2006) ""To draw the attention to the importance of the Spirit in relation to salvific knowledge is indeed an important contribution and makes Bennema's effort a worthwhile exercise. He is a good researcher who is able to present both his material and his arguments in a logical and consistent way. If one wants to disagree with him, one will have to engage in his well-motivated arguments. I regard Bennema's book as one of the better doctoral studies on Johannine theology to appear during the last decade. It therefore demands attention from Johannine scholars. Bennema's thesis indeed forces research to take cognizance of the role of the Spirit as well as a possible way in which the message of Jesus could be integrated as an affective force in the lives of the Christian community."" -Jan van der Watt, Professor of New Testament Studies, University of Pretoria (Review of Biblical Literature, July 2004) ""Whether or not one finally agrees with Bennema's conclusions, he has indubitably done the guild a service by focusing so closely on a single aspect of the Fourth Gospel: pneumatology. Scholars will find the book useful to consult when treating any aspects of the Gospel that may intersect with spirit, wisdom, and salvation. Teachers could assign a particular section, such as that devoted to the Wisdom traditions in the Hebrew Scriptures, LXX, and Philo or that which provides an overview of Johannine soteriology, to provide a relatively brief overview of a particular aspect of the Gospel. Advanced students researching Johannine pneumatology might use the book as a dialogue partner more than an authoritative voice."" -Jaime Clark-Soles, Associate Professor of New Testament, Perkins School of Theology (Religious Studies Review, April 2006) Cornelis Bennema is Associate Professor and Head of New Testament at the South Asia Institute of Advanced Christian Studies (SAIACS, www.saiacs.org) in Bangalore, India. He has published various articles on the Fourth Gospel in international journals and is also the author of Excavating John's Gospel: A Commentary for Today (2005).