The Power of Gifts 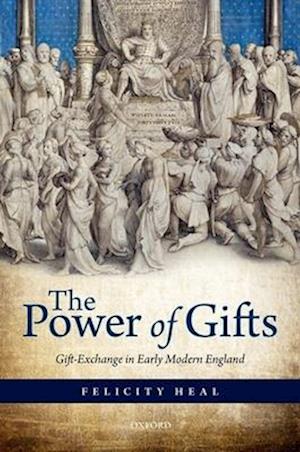 Gifts are always with us: we use them positively to display affection and show gratitude for favours; we suspect that others give and accept them as douceurs and bribes. The gift also performed these roles in early modern English culture: and assumed a more significant role because networks of informal support and patronage were central to social and political behaviour. Favours, and their proper acknowledgement, were preoccupations of the age of Erasmus,Shakespeare, and Hobbes. As in modern society, giving and receiving was complex and full of the potential for social damage. 'Almost nothing', men of the Renaissance learned from that great classical guide to morality, Lucius Annaeus Seneca, 'is more disgraceful than the fact that we do not know how either togive or receive benefits'. The Power of Gifts is about those gifts and benefits - what they were, and how they were offered and received in the sixteenth and seventeenth centuries. It shows that the mode of giving, as well as what was given, was crucial to social bonding and political success.The volume moves from a general consideration of the nature of the gift to an exploration of the politics of giving. In the latter chapters some of the well-known rituals of English court life - the New Year ceremony, royal progresses, diplomatic missions - are viewed through the prism of gift-exchange. Gifts to monarchs or their ministers could focus attention on the donor, those from the crown could offer some assurance of favour. These fundamentals remained the same throughout the centuryand a half before the Civil War, but the attitude of individual monarchs altered specific behaviour. Elizabeth expected to be wooed with gifts and dispensed benefits largely for service rendered, James I modelled giving as the largesse of the Renaissance prince, Charles I's gift-exchanges focused onthe art collecting of his coterie. And always in both politics and the law courts there was the danger that gifts would be corroded, morphing from acceptable behaviour into bribes and corruption. The Power of Gifts explores prescriptive literature, pamphlets, correspondence, legal cases and financial records, to illuminate social attitudes and behaviour through a rich series of examples and case-studies.

Forfattere
Bibliotekernes beskrivelse A new study which considers the nature of gift-giving in early-modern England - looking at what gifts where, how they were offered and received, and what they meant politically under the different monarchs of the sixteenth and seventeenth centuries. 11 black and white illustrations