The Power of Civil Servants 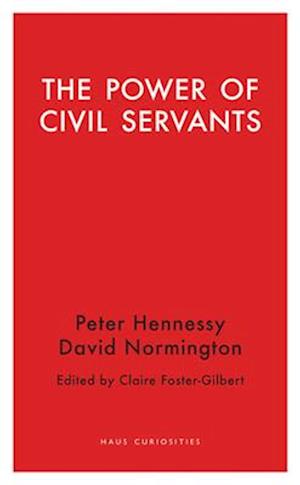 The Power of Whitehall provides rich and informative observations about the nature of the Civil Service, its values and effectiveness, what threatens it and how it should continue to adapt to a changing world. Journalist David Normington and historian Peter Hennessy address themes such as the importance of politicians trusting Civil Servants and the difficulties that arise when they don't; the role of Special Advisers and the extent to which they are a threat to the Minister-Civil Servant relationship; and of the effect of Select Committees and the media. Civil Servants are now exposed to the public in unprecedented ways, with both negative as well as positive consequences. What does it mean that the political neutrality of the Civil Service has been enshrined in law since 2010, approximately 150 years after it was first proposed by Northcott and Trevelyan? The Power of Whitehall is an accessible introduction to the life of the Civil Servant as well as the Civil Service itself.