The Possibility of Metaphysics 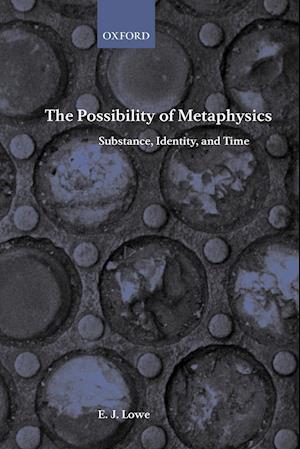 Over the last two decades, scientific accounts of religion have received a great deal of scholarly and popular attention both because of their intrinsic interest and because they are widely seen as potentially as constituting a threat to the religion they analyse. The Believing Primate aims to describe and discuss these scientific accounts as well as to assess their implications. The volume begins with essays by leading scientists in the field, describingthese accounts and discussing evidence in their favour. Philosophical and theological reflections on these accounts follow, offered by leading philosophers, theologians, and scientists. This diverse group of scholars address some fascinating underlying questions: Do scientific accounts of religion underminethe justification of religious belief? Do such accounts show religion to be an accidental by-product of our evolutionary development? And, whilst we seem naturally disposed toward religion, would we fare better or worse without it? Bringing together dissenting perspectives, this provocative collection will serve to freshly illuminate ongoing debate on these perennial questions.Jonathan Lowe argues that metaphysics should be restored to a central position in philosophy, as the most fundamental form of rational inquiry, whose findings underpin those of all other disciplines. He portrays metaphysics as charting the possibilities of existence, by idetifying the categories of being and the relations of ontological dependency between entities of different categories. He proceeds to set out a unified and original metaphysical system: he defends asubstance ontology, according to which the existence of the world s one world in time depends upon the existence of persisting things which retain their identity over time and through processes of qualitative change. And he contends that even necessary beings, such as the abstract objects ofmathematics, depend ultimately for their existence upon there being a concrete world of enduring substances. Within his system of metaphysics Lowe seeks to answer many of the deepest and most challenging questions in philosophy.