The Populist Radical Right and Health 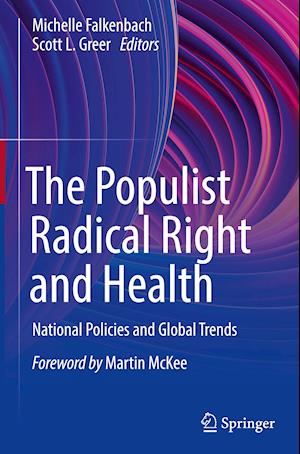 This contributed volume is the first in-depth analysis of the health policies of populist radical right (PRR) parties worldwide and their actual involvement in health care. The prominence of authoritarian, nationalistic, and populist parties is expanding steadily. However, it is often difficult to discern what kind of policies they really stand for, particularly with regard to the welfare state and public health, where research remains sparse. This book fills this critical gap.The text connects PRR parties and leaders with actual health and social policy effects in Eastern and Western Europe as well as in the United States, Brazil, and the Philippines. The chapters highlight ten individual country case studies authored by young scholars and professors with political science and health experts:The Austrian Freedom Party in Government: A Threat to Public Health? The Alternative for Germany (AfD) and Health Policy: Normalization or Containment of Populist Radical Right Tendencies? Populist Radical Right Influence on Health Policy in the Netherlands: The Case of the Party for Freedom (PVV) The Evolution of the Populist Radical Right and Their Impact on Health in Italy The Populist Radical Right and Health in HungaryIs the Polish 'Law and Justice' (PiS) a Typical Populist Radical Right Party? A Health Policy PerspectiveThe Case of the United Kingdom Independence Party (UKIP)Rhetoric and Reality in the United States of America: Trump, Populism, and Health PolicyRuling Through Chaos in Brazil: Bolsonaro's Authoritarian Agenda for Public HealthAn Authoritarian Reaction to COVID-19 in the Philippines: A Strong Commitment to Universal Health Care Combined with Violent Securitization The Populist Radical Right and Health is exceptionally timely and essential reading for political science and health colleagues researching and writing about PRR parties and leaders; students and faculty in public health, health and social policy, and political science; and anyone interested in learning more about this topic.