The Politics of Self-Expression 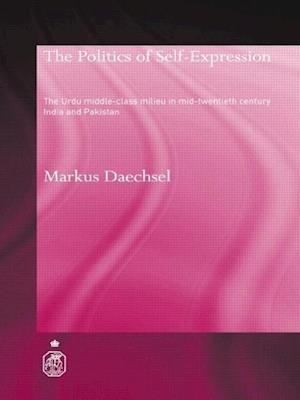 The 1930s to 1950s witnessed the rise and dominance of a political culture across much of North India which combined unprecedented levels of mobilization and organization with an effective de-politicization of politics. On the one hand obsessed with world events, people also came to understand politics as a question of personal morality and achievement. In other words, politics was about expressing the self in new ways and about finding and securing an imaginary home in a fast-moving and often terrifying universe. The scope and arguments of this book make an innovative contribution to the historiography of modern South Asia, by focusing on the middle-class milieu which was the epicentre of this new political culture.