The Politics of Rural Reform in China 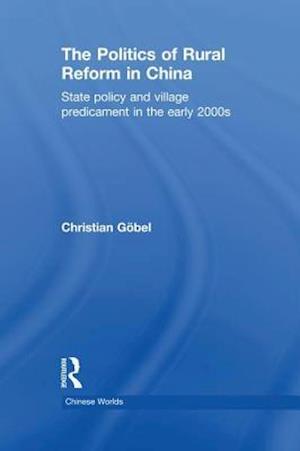 Based on a treasure trove of information collected through fieldwork interviews and painstaking documentary research through the Chinese and Western language presses, this book analyzes one of the most important reforms implemented in China over the past decade - the rural tax and fee reform, also known as the "Third Revolution in the Countryside". The aim of the tax was to improve social stability in rural China, which has become increasingly shaken by peasant protests, many of them large-scale and violent. By examining the gap between the intentions of the reform and the eventual outcomes, Goebel provides new insights into the nature of intergovernmental relations in China and highlights the ways in which the relationship between the state and the rural populace has fundamentally changed forever. The Politics of Rural Reform in China will appeal to students and scholars of Chinese politics, governance and development studies.