The Politics of Property 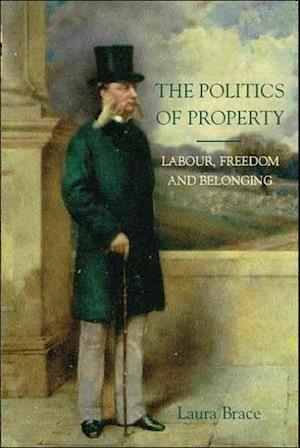 The concept of property is central to political thought and crucial to understanding the ideas of key political thinkers. This book provides an up-to-date analysis of the idea, taking into account current debates about gender, slavery and colonialism, and introducing property as a contested concept in debates between thinkers, across ideologies and in political practice. Analysing key debates in the history of the idea of property, the book illustrates the ways in which the concept has informed the development of liberalism, socialism and conservatism. In addition, case studies show the intrinsic links between property as a political concept and issues of gender, race and class, grounding the theoretical work in real-life scenarios. Considering the relationship between property and power from a novel viewpoint, Laura Brace synthesises thinking from liberal and non-liberal traditions, feminist critique, critical race theory and postcolonialism.The book offers an introduction to modern political theory and to key political thinkers as well as to the particular concept of property and will be essential reading in a key area of politics, political philosophy and the history of political thought. Key Features: *Places politics of property within context of modern political theory *Engages with the work of Locke, Winstanley, Godwin, Bentham, Hegel and Marx *Covers core themes in political theory: the individual and community; freedom and authority; justice; equality; the state; human nature *Uses case studies to illuminate the arguments *Includes issues of race, gender and class

Forfattere
Bibliotekernes beskrivelse This book provides an up-to-date analysis of the concept of prperty, taking into account current debates about gender, slavery and colonialism, and introducing property as a contested concept in debates between thinkers, across ideologies and in political practice.