The Politics of Princely Entertainment 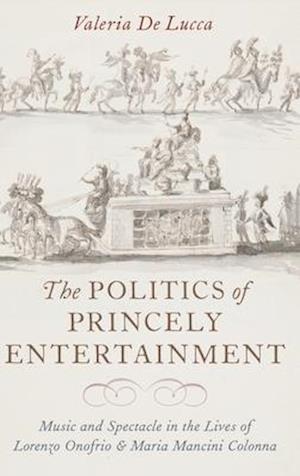 Throughout early modern Europe, patronage became a means for the dominant classes to highlight their wealth, intellectual finesse, and cultural and political agendas, particularly within the court and religious institutions. Musical events like operas and carnival parades were an especially essential component of this patronage. However, the ways in which music patronage changed during the second half of the seventeenth century have largely remained underexplored. At the time, profound social and cultural transformations influenced the production and consumption of music in radical and permanent ways, not least through the influence of the Colonna family - Prince Lorenzo Onofrio Colonna and his wife Maria Mancini. Two of the most active patrons of seventeenth-century Italy, they were particularly active in the musical life of Rome. Through their sponsorship of an unprecedented number of operas, serenatas, and oratorios, they supported the careers of the most prominent composers, librettists, and musicians of the period. A new exploration of this period of music patronage, The Politics of Princely Entertainment follows Lorenzo Onofrio and Maria beyond the borders of Rome and through their far-reaching personal and institutional travels - to Venice, Naples, and the Kingdom of Aragon. Author Valeria De Lucca traces the journeys of not only scores and librettos, but also the singers, composers, and librettists whose art reached these distant corners of Europe through the Colonna family's patronage activities. The Politics of Princely Entertainment is a welcome addition to scholarly understanding of music patronage beyond traditional boundaries of gender, geography, and institutions.