The Politics of Gun Control 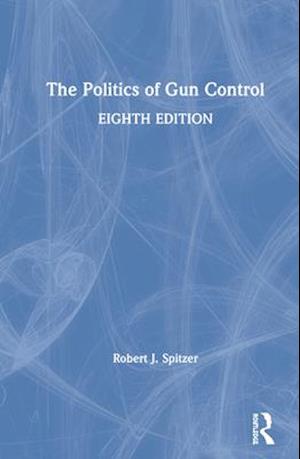 The new edition of this classic text covers the latest developments in American gun policy including the most recent shooting incidents that persist in plaguing the American landscape. Continuing a multi-decade trend, crime generally remains low throughout the US, but mass shootings have increased in both number and lethality, stoking greater support for gun laws among the public. Two seismic political events are highlighted in the eighth edition. The first is the ascendance of the gun safety movement, culminating in numerous electoral victories for gun law supporters in 2018 congressional and state races around the country. This outcome, which contributed to the Democrats' capture of the House of Representatives for the first time since 2008, also demonstrates that support for stronger gun laws could be a winning issue for proponents in 2020 and beyond. The second political development featured is the financial, political, and legal crises that beset the nation's oldest and most powerful gun group, the National Rifle Association. These crises are sufficiently grave that they may pose an existential threat to the organization's traditional dominance in the realm of gun politics. Author Robert J. Spitzer has long been a recognized authority on gun control and gun policy. His even-handed treatment of the issue--as both a member of the NRA and the Brady Center--continues to compel national and international interest, including appearances on major media such as the PBS NewsHour. The eighth edition of The Politics of Gun Control provides the reader with up-to-date data and coverage of gun ownership, gun deaths, school shootings, border patrols and new topics including universal background checks, limits on large capacity ammunition magazines, and "red flag" laws.New to the Eighth EditionCovers the ascendance of the Second Amendment sanctuary and gun safety movements, resulting from heinous shootings in Las Vegas and Parkland, Florida.Tracks the financial, political, and legal crises that threaten the dominance of the National Rifle Association. Examines new policy measures including universal background checks, limits on large capacity ammunition magazines, the bump stock controversy, and "red flag" laws, among others.