The Politics of Everybody

- Feminism, Queer Theory, and Marxism at the Intersection: A Revised Edition 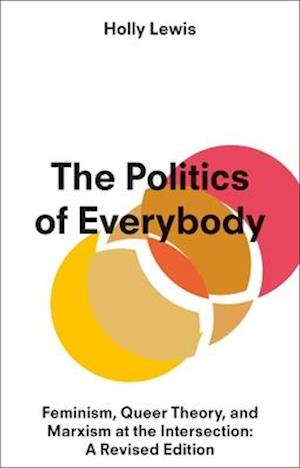 The Politics of Everybody examines the production and maintenance of the terms 'man', 'woman', and 'other' within the current political moment; the contradictions of these categories; and the prospects of a Marxist approach to praxis for queer bodies. Few thinkers have attempted to reconcile queer and Marxist analysis. Those who have propose the key contested site to be that of desire/sexual expression. This emphasis on desire, Lewis argues, is symptomatic of the neoliberal project and has led to a continued fascination with the politics of identity. By arguing that Marxist analysis is in fact most beneficial to gender politics within the arena of body production, categorization and exclusion, Lewis develops a theory of gender and the sexed body that is wedded to the realities of a capitalist political economy. Boldly calling for a new, materialist queer theory, Lewis defines a politics of liberation that is both intersectional, transnational, and grounded in lived experience. With a new preface, Lewis discusses the argument for an explicitly Marxist understanding of trans rights - an understanding grounded in solidarity and materialist/scientific queer analysis. She also discusses the new wave of Marxist Social Reproduction Theory that has emerged since the first edition, family abolition, and the complexities of building an internationalist Marxist movement that is in solidarity with queer and trans struggles, attentive to women's realities, and one that refrains from imposing Western definitions (particularly American/Anglo definitions) onto global movements for liberation.

Forfattere
Bibliotekernes beskrivelse Constituting a paradigm shift in gender theory, this book argues that only a materialist queer theory wedded to the realities of capitalism is capable of creating a true politics of liberation.