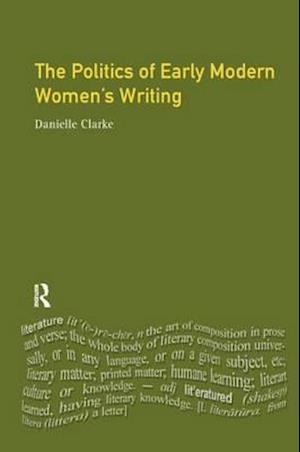 The Politics of Early Modern Women's Writing provides an introduction to the ever-expanding field of early modern women's writing by reading texts in their historical and social contexts. Covering a wide range of forms and genres, the author shows that rather than women conforming to the conventional 'chaste, silent and obedient' model, or merely working from the 'margins' of Renaissance culture, they in fact engaged centrally with many of the major ideas and controversies of their time. The book discusses many previously neglected texts and authors, as well as more familiar figures such as Mary Sidney, Countess of Pembroke, Isabella Whitney and Lady Mary Wroth, and draws attention to the importance of genre and forms of circulation in the production of meaning.The Politics of Early Modern Women will be of interest both to those encountering this material for the first time, and to students and scholars working in the fields of women's writing, gender studies, history and literature.