- The Cross-Cultural Logic of the Global Commons 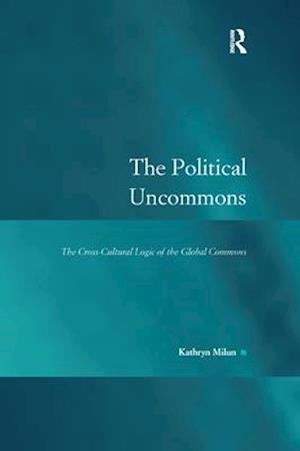 In The Political Uncommons, Kathryn Milun presents a cultural history of the global commons: those domains, including the atmosphere, the oceans, the radio frequency spectrum, the earth's biodiversity, and its outer space, designated by international law as belonging to no single individual or nation state but rather to all humankind. From the res communis of Roman property law to early modern laws establishing the freedom of the seas, from the legal battles over the neutrality of the internet to the heritage of the earth's genetic diversity, Milun connects ancient, modern, and postmodern legal traditions of global commons. Arguing that the logic of legal institutions governing global commons is connected to the logic of colonial doctrines that dispossessed indigenous peoples of their land, she demonstrates that the failure of international law to adequately govern the earth's atmosphere and waters can be more deeply understood as a cultural logic that has successfully dispossessed humankind of basic subsistence rights. The promise of global commons, Milun shows, has always been related to subsistence rights and an earth that human communities have long imagined as 'common' existing alongside private and public domains. Utilizing specific case studies, The Political Uncommons opens a way to consider how global commons regimes might benefit from the cross-cultural logics found where indigenous peoples have gained recognition of their common tenure systems in Western courts.