The Political Thought of William Ockham 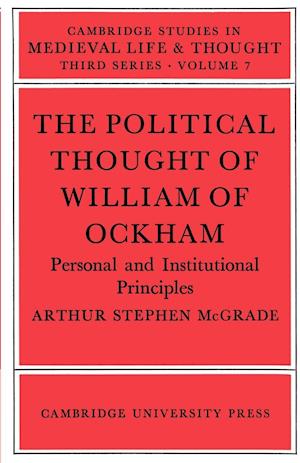 The English Franciscan, William of Ockham (c. 1285-1349), was one of the most important thinkers of the later middle ages. Summoned to Avignon in 1324 to answer charges of heresy, Ockham became convinced that Pope John XXII was himself a heretic in denying the complete poverty of Christ and the apostles and a tyrant in claiming supremacy over the Roman empire. Ockham's political writings were a result of these personal convictions, but also include systematic discourses on the basis and functions of spiritual and secular power as well as exhaustive discussions of Franciscan poverty and the general problem of papal heresy. Ockham emerges in this study as a man deeply committed to natural and Christian human rights, who found these fundamental values so seriously menaced in his time that their survival could be assured only by radical, even revolutionary, personal action and by a basic reworking of traditional political thought.