- From Post-War to Post-Crisis 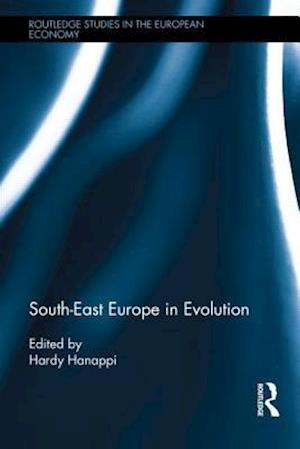 Recent developments in the global economy, such as the Greek budget crisis, have led to new focus on the role of Europe, and in particular on the countries in Europe's south-eastern region. This new volume from a global set of contributors explores south-east Europe's present and future direction, placing it in the context of the history of the region since the end of the Second World War.Through an exploration of Europe's cultural and political economy, this volume argues that the south-east part of Europe is currently the most crucial component of Europe's future development. The book charts the post-World War Two 'evolution' of the continent, taking in such key turning points as the 1971 breakdown of the fixed exchange rate system, the breakdown of the Soviet Union in the 1990s, and the 2008 global financial collapse. In doing so, the book seeks to explain why and how the current events in south-east Europe and the Eastern Mediterranean can be seen as the weakest points in the wider capitalist system in Europe, and how the issues faced by these regions can provide insight into a possible re-design of European governance.Including a comprehensive editorial introduction, this timely and important book is fully up to date with recent global events, including the 2011 Arab Spring, and provides context and comparison with the countries in the EU.