The Political Economy of Regulation in Turkey 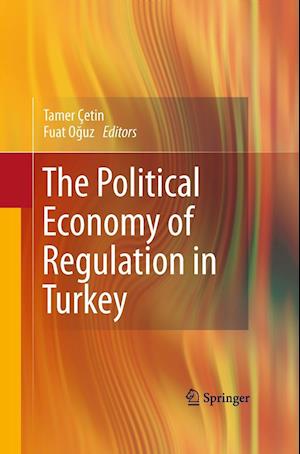 The Political Economy of Regulation in Turkey brings together leading international scholars and experts on Turkey and regulatory reform to provide essential information on the recent Turkish experience and its relation to competition policy. After the 1980 liberalization reform, Turkey tried to introduce competition in many industries, but network industries have remained as monopolies. At the end of the 1990s, regulatory reform was initiated and independent regulatory agencies have been established by the government. Comprehensive discussions of these network industries, in particular airlines, electricity, natural gas, telecommunications and environment regulations, are offered. The contributors inquire how economic theory and historical analyses can enlighten the character of market processes and the role for government action in these industries, and the contributions shed light on the very recent changes in the regulatory structure and important legal cases that shape the future of regulated industries. This book discusses these issues in an international perspective and relates the Turkish experience to other similar countries, such as in Eastern Europe and Central America. This book serves as a useful guide to those who want to understand major changes in Turkey and regulatory reforms in other emerging markets, making it of interest to researchers and PhD students concerned with regulatory economics, the Turkish economy, and economic policy in emerging markets.