The Political Economy of Fracking

indgår i serie Economics in the Real World 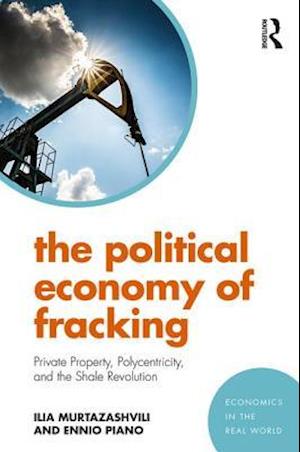 Over the past two decades, "fracking" has led to a revolution in shale gas production. For some, shale gas promised economic opportunities, cheaper energy bills, and an alternative to coal. For others, shale gas was fool's gold. Critics contend that the shale boom has occurred in a regulatory Wild West, that the response has been fractured and ineffective, or that the harmful environmental and health consequences exceed the benefits from shale gas production. The Political Economy of Fracking argues that the criticism of the shale revolution has been misplaced. The authors use insights from a diversity of perspectives in political economy to understand why the shale boom occurred, who won in the race for shale, and who was left behind. The book explains how private property rights and entrepreneurs led to the shale boom. It contends that polycentric governance, which encourages a diversity of regulatory responses, is a virtue because it generates knowledge about the most appropriate ways to regulate shale development. Private property rights and political institutions that provide for local self-governance also helped to ensure that the benefits of shale gas production exceeded its costs. The authors make the case for fracking shale gas using evidence from shale-producing countries from around the world, comparing them to those that have fallen behind in the shale race. They show that private property rights and markets have been a source of innovation and dynamism and that a diversity of regulatory responses is appropriate to govern shale gas development. This book is insightful reading for academics and professionals interested in the shale boom, the fracking industry in general, and regulatory policy.