The Political Economy of Central Banking

- Contested Control and the Power of Finance, Selected Essays of Gerald Epstein 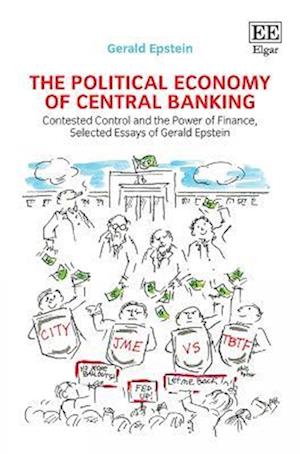 Central banks are among the most powerful government economic institutions in the world. This volume explores the economic and political contours of the struggle for influence over the policies of central banks such as the Federal Reserve, and the implications of this struggle for economic performance and the distribution of wealth and power in society.Written over several decades by Gerald Epstein and co-authors, these works explore why central banks do what they do, and how they could better operate. Epstein shows that central banks are a contested terrain over which major economic and political groups fight for control; and demonstrates that though in the US and most other countries, private bankers have the upper-hand in this political struggle, they don't always win. Graduate students, faculty and advanced undergraduates in economics, political science and sociology who are interested in central banking and finance as well as specialists who focus on central banking will find greater understanding of central banks through The Political Economy of Central Banking.