The Point of View of the Universe 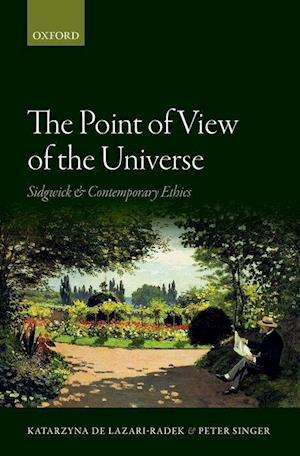 What does the idea of taking 'the point of view of the universe' tell us about ethics? The great nineteenth-century utilitarian Henry Sidgwick used this metaphor to present what he took to be a self-evident moral truth: the good of one individual is of no more importance than the good of any other. Ethical judgments, he held, are objective truths that we can know by reason. The ethical axioms he took to be self-evident provide a foundation for utilitarianism. Hesupplements this foundation with an argument that nothing except states of consciousness have ultimate value, which led him to hold that pleasure is the only thing that is intrinsically good. Are these claims defensible? Katarzyna de Lazari-Radek and Peter Singer test them against a variety of views held by contemporary writers in ethics, and conclude that they are. This book is therefore a defence of objectivism in ethics, and of hedonistic utilitarianism. The authors also explore, and in most cases support, Sidgwick's views on many other key questions in ethics: how to justify an ethical theory, the significance of an evolutionary explanation of our moral judgments, the choicebetween preference-utilitarianism and hedonistic utilitarianism, the conflict between self-interest and universal benevolence, whether something that it would be wrong to do openly can be right if kept secret, how demanding utilitarianism is, whether we should discount the future, or favor those whoare worse off, the moral status of animals, and what is an optimum population.

Forfattere
Bibliotekernes beskrivelse What does the idea of taking 'the point of view of the universe' tell us about ethics? Lazari-Radek and Singer defend objectivism in ethics, and hedonistic utilitarianism, following Henry Sidgwick's lead. They explore how to justify an ethical theory; conflicts of self-interest and universal benevolence; and whether we should discount the future.