The Poetics of Poesis

- The Making of Nineteenth-Century English Fiction 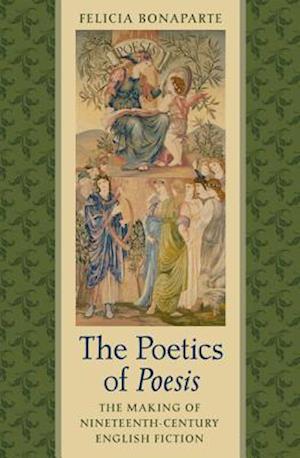 Examining novels written in nineteenth-century England and throughout most of the West, as well as philosophical essays on the conception of fictional form, Felicia Bonaparte sees the novel in this period not as the continuation of eighteenth-century "realism," as has commonly been assumed, but as a genre unto itself. Determined to address the crises in religion and philosophy that had shattered the foundations by which the past had been sustained, novelists of the nineteenth century felt they had no real alternative but to make the world anew.

Finding in the new ideas of the early German Romantics a theory precisely designed for the remaking of the world, these novelists accepted Friedrich Schlegel's challenge to create a form that would render such a remaking possible. They spoke of their theory as poesis, etymologically "a making," to distinguish it from the mimesis associated with "realism." Its purpose, however, was not only to embody, as George Eliot put it in Middlemarch, "the idealistic in the real," giving as faithful an account of the real as observation can yield, but also to embody in that conception of the real a discussion of ideas that are its "symbolic signification," as Edward Bulwer-Lytton described it in one of his essays. It was to carry this double meaning that the nineteenth-century novelist created, Bonaparte concludes, the language of mythical symbolism that came to be the norm for this form, and she argues that it is in this doubled language that nineteenth-century fiction must be read.