The Plight of African Small-Scale Farmers

- Bridging the gap through collective action 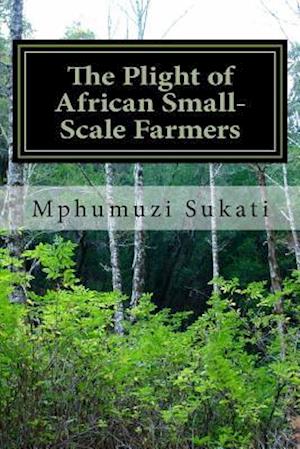 My story fulcrums on the poverty and marginalization of the African small-scale farmer. It is set in the year 2016, at the time when children in developed countries were playing with i-pads and logged on the internet Projecting into the future, the gap between the children of Africa and those of the developed world is increasing. The children of Africa are being left behind. Millions continue to be deprived. Many of these children are in rural areas. Their parents are the African small-scale farmers. It is estimated that more than 70 % of Africa's poor are found in rural areas. They depend mostly on low technology agricultural activities to sustain their livelihoods. Given this observation, and at the rate things are going, Africans are nowhere near realizing many of their critical socio-economic development indicators or goals. Despite impressive figures in Gross Domestic Product (GDP) growth rates in recent years, the reality on the ground is that African poverty is getting out of hand. The majority of the continents' young are likely to be even poorer that their parents. This is the grim reality of the rural and urban poor alike. However, it is the rural poor that hold the key to turning around the disturbing poverty trends. This is because rural folks have the resources to do so. The main hurdle is how to help them to help themselves in turning their resource into the power they need to transform lives in the African continent. Their greatest resource is in land and farming. It is in producing agricultural commodities, food. That Africa is a continent with the best future in the new world order is without any doubt. Africa has the greatest potential to transform not only in mining, energy, industrial development and information communication technology but in agriculture and agro-based industries as well. It is one of the greatest mysteries why a continent so rich in fertile land and water resources should be a net food importer, wallowing in poverty and despair. The African rural poor are isolated and lack information This book is inspired by these disturbing observations. It is aimed at bringing a new perspective to the acclaimed and much talked about African Agricultural Transformation Agenda. It hinges on organization and mobilization as a vehicle to transform rural livelihoods in the continent. 'For this to happen, Africa needs true champions that will take a leading role in the African Agricultural Transformation Agenda.'