The Play's The Thing: Volume two 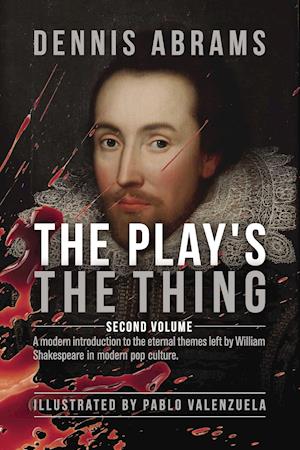 The Play"s The Thing: The Plays of William Shakespeare is aimed at a YA (young adult) audience as an introduction to the greatest plays ever written. Direct and personal and decidedly non-academic, each play gets its own essay, giving the reader an overview of the play with an emphasis on the relevance that the play has to the reader"s own life and concerns. As I wrote in the introduction, "The goal of this guide, then, is to turn Shakespeare from somebody you have to read into somebody that you want to read."A young man struggles with his father's unexpected death. A young couple pledges their love to each other despite their families' angry disapproval. A young man rebels against his father while at the same time craving his approval. A father and his family roam across what appears to be a post-apocalyptic dystopian landscape. A Roman general kills the sons of his enemy and serves them to her baked in a pie. Two young couples escape into a forest where magic rules and nothing is quite what it seems. A group of young men decide to give up on women and dating in order to devote themselves to their studies, until a group of beautiful young women changes their minds. The latest YA novels? While they certainly sound like they can be, they're not. They're just one way of looking at some of the plays of William Shakespeare (to be precise, Hamlet, Romeo & Juliet, Henry IV Parts I & 2, King Lear, Love's Labour's Lost) that shows that they're not just old-school classic plays they're old-school classic plays that tell stories that are relevant to my life, to your lives, and to the way we all live today.These are stories of love. Of families. Of fathers and sons. Of the rise and fall of kings. Of what it's like to grow old. Of what it's like to love someone so much it hurts. Of treachery and revenge. Of ambition. Of jealousy. Of forgiveness. Of murder. Almost every human experience you can think of is brought to life in these plays. Which is why, for more than 400 years, they have been seen as the central glory of Western literature.And that's also why the plays of William Shakespeare are, on a daily basis, performed on stages around the world. The stories he told, the characters he created, are universal. Audiences in China, in Ghana, in India, in Brazil, in every part of the world, can appreciate and love Shakespeare as much as the British and Americans.