The Plasma Environment of Venus, Mars and Titan 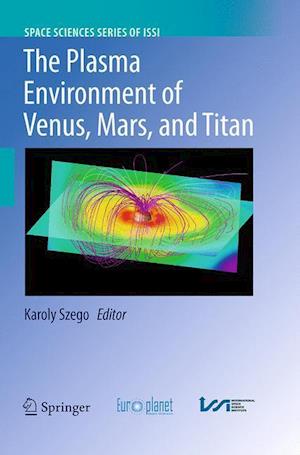 This volume summarizes the recent results of the exploration of Venus, Mars and Titan in the field of space plasma physics. These are the only non-magnetic solar system bodies having dense atmospheres. A number of space missions investigated these objects; the past and the current missions are put in context with modern theoretical descriptions. The strength of the book is the comparison of the similarities and differences in the plasma interaction of Venus, Mars and Titan; such comparisons have not yet been published. This volume is aimed at graduate students and researchers working in planetary science and space physics. Previously published in Space Science Reviews journal, Vol. 162/1-4, 2011.