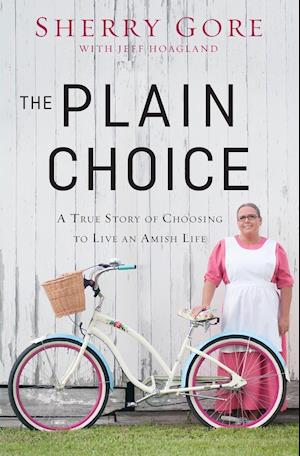 Raised in a broken family and emotionally overlooked, Sherry Gore grew up without a solid foundation, a prisoner of her own poor choices, and at times without hope. A series of terrible mistakes left her feeling wrecked and alone and a sudden tragedy threw Sherry into an emotional tailspin too powerful to escape.

Sherry hangs by a thread, unable to see how she can go on living, until it happens: on a morning of no particular significance, she walks into a church and BAM the truth of Jesus' forgiving love shatters her world and cleaves her life in two: She goes to bed stunned; she wakes up a Christian.

Unwilling to return to the darkness of her former life, Sherry attacks her faith head on. Soon the life Sherry Gore remakes for herself and her children as she seeks to follow the teachings of the Bible features head coverings, simple dress, and a focus on Jesus Christ. Only then does she realize, in a fit of excitement, that there are others like her. They are called Amish and Mennonite, and she realizes she has found her people.

The plain choice that Sherry makes is not easy - and life still brings unexpected pain and heartache - but it changes everything for her, as she becomes one of the few people on earth to have successfully joined the Amish from the outside.

She has found her place. And her story proves that one can return from the darkest depths to the purest light with the power of God.

Forfattere
Bibliotekernes beskrivelse Sherry Gore weathered a harrowing journey until finding her life changed by God's love. Sherry's plain choice was for God, and that choice led to her spiritual home, the Amish-Mennonite Plain Community, where she's raised a chronically-ill child, lived the Amish buggy life, and fulfilled her dream of using words and food to inspire others. 1 Paperback / softback