The Plague of Swords 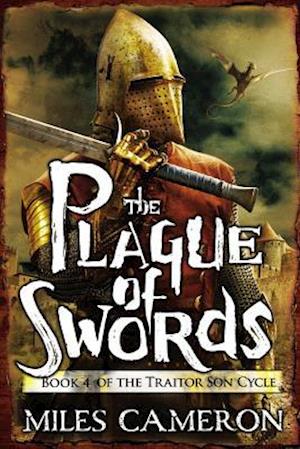 Miles Cameron is the master of intrigue and action-packed battles in this epic tale of magic and mercenaries, war, depravity, and politics, the fourth book in the Traitor Son Cycle.

One enemy has fallen. But a greater one still remains. Now, it's war. With one army defeated in a victory which will be remembered through the ages, now the Red Knight must fight again.

For every one of his allies, there is a corresponding enemy. Spread across different lands, and on sea, it will all come down to one last gamble. And to whether or not the Red Knight has guessed the foe's true intentions.

With each throw of the dice, everything could be lost.

The Plague of Swords is the gripping fourth book in the Traitor Son Cycle, following The Red Knight, The Fell Sword, and The Dread Wyrm.