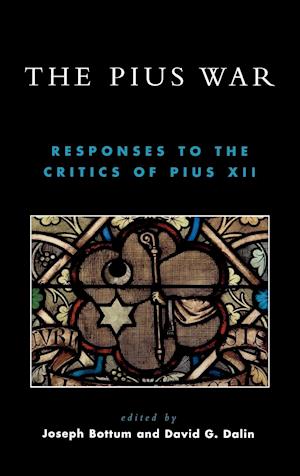 In the brutal fight that has raged in recent years over the reputation of Pope Pius XII-leader of the Catholic Church during World War II, the Holocaust, and the early years of the Cold War-the task of defending the Pope has fallen primarily to reviewers. These reviewers formulated a brilliant response to the attack on Pius, but their work was scattered in various newspapers, magazines, and scholarly journals-making it nearly impossible for the average reader to gauge the results. In The Pius War, Weekly Standard's Joseph Bottum has joined with Rabbi David G. Dalin to gather a representative and powerful sample of these reviews, deliberately chosen from a wide range of publications. Together with a team of professors, historians, and other experts, the reviewers conclusively investigate the claims attacking Pius XII. The Pius War, and a detailed annotated bibliography that follows, will prove to be a definitive tool for scholars and students-destined to become a major resource for anyone interested in questions of Catholicism, the Holocaust, and World War II.