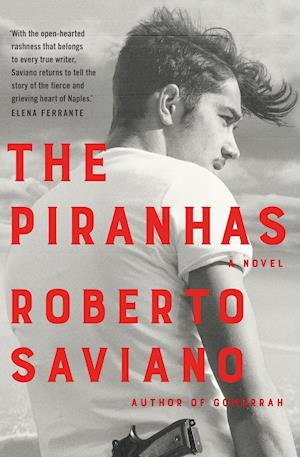 'With the open-hearted rashness that belongs to every true writer, Saviano returns to tell the story of the fierce and grieving heart of Naples.' Elena FerranteIn Naples, a new kind of gang rules the streets: the 'Paranze', the 'Children's Gangs', groups of teenage boys who divide their time between Facebook or playing Call of Duty on their PlayStations and patrolling the streets armed with pistols and AK-47s, terrorizing local residents in order to mark out the territories of their Mafia bosses.From the author of ZeroZeroZero comes the eye-opening The Piranhas, which tells the story of the rise of one such gang and its leader, Nicolas - known to his friends and enemies as the 'Maharajah'. But Nicolas's ambitions reach far beyond doing other men's bidding: he wants to be the one giving orders, calling the shots, and ruling the city. But the violence he is accustomed to wielding and witnessing soon spirals out of his control . . .

Forfattere
Bibliotekernes beskrivelse The first novel, already an international bestseller, by the author of Gomorrah, set in the organized crime world of the children's gangs of Naples.