indgår i serie POETICS OF MUSIC 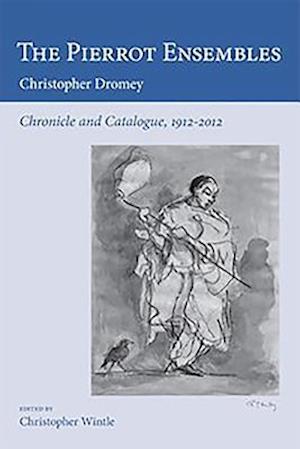 2012 marked the centenary of the first performance of Arnold Schoenberg's Pierrot lunaire, Op. 21, and over the last hundred years its mixed chamber ensemble has become, in all its protean forms, a principal line-up for modern music. This book, the first of its kind, chronicles the ensemble's evolution from Pierrot's earliest performances, monitoring its influence on the Continent as well as upon Walton, Britten, Lutyens and Searle in Britain. In particular, it watches the growth of The Pierrot Players [later The Fires of London] one of the most galvanizing groups in post-war British music, and looks carefully at the social dynamics among its players and composers, notably Peter Maxwell Davies and Harrison Birtwistle. With photos, and drawings by Milein Cosman and David Hockney. CHRISTOPHER DROMEY took his PhD at King's College London and is now Senior Lecturer in Music at Middlesex University.

Forfattere
Bibliotekernes beskrivelse The evolution of the mixed chamber ensemble of Schoenberg's Pierrot lunaire and the growth of the Fires of London, one of the most galvanizing groups in modern music.