The Philosophy of Daniel Dennett

- Huebner, B: Philosophy of Daniel Dennett 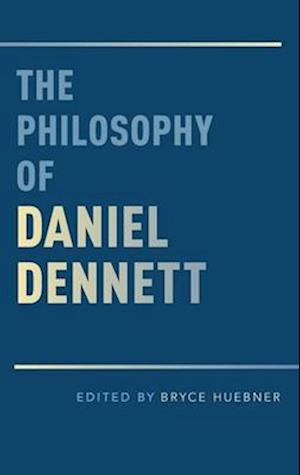 Daniel C. Dennett began publishing innovative philosophical research in the late 1960s, and he has continued to do so for the past 45 years. He has addressed questions about the nature of mind and consciousness, the possibility of freedom, and the significance of evolution to addressing questions across the cognitive, biological, and social sciences. The Philosophy of Daniel Dennett explores the intellectual significance of this research project, bringingtogether the insights of eleven researchers who are currently working on themes that are relevant to Dennett's philosophical worldview. Some of the contributions address interpretive issues within Dennett's corpus, and aim to bring increased clarity to Dennett's project. Others report novel empirical data, atleast in part, in the service of fleshing out Dennett's claims. Some of them provide a fresh take on a Dennettian theme, and others extend his views in novel directions. Like Dennett's own work, these papers draw on a wide range of different methodologies, from appeals to intuition pumps and scientific data, to turning the knobs on a theory to see what it can do. But each of them aims to be readable, and approachable. And as a whole, the volume provides a critical and constructive overview ofDennett's stance-based methodology, as well as explorations of his claims about metal representation, consciousness, cultural evolution, and religion.

Forfattere
Bibliotekernes beskrivelse The Philosophy of Daniel Dennett explores the intellectual significance of Daniel C. Dennett's 45 years of philosophical research, while providing a critical and constructive overview of Dennett's stance-based methodology and his claims about metal representation, consciousness, cultural evolution, and religion.