The Philosophy and Common Sense Reader 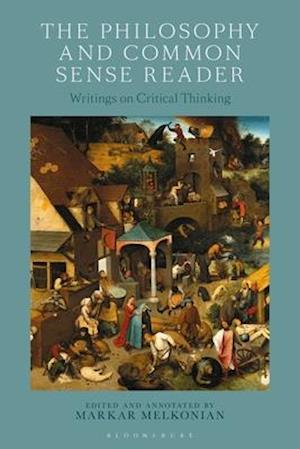 What might common sense be? Is it a mental capacity? Or does it consist of just truisms and precepts? If the latter is the case, is this knowledge innate or empirical? Or is it like "human nature"-a term that has played its role in rhetoric, but that does not appear to have a definite, agreed-upon meaning? Indeed we can learn a great deal about some of the most influential modern philosophers, from the Enlightenment to Ludwig Wittgenstein and W.V.O. Quine, by examining what they have to say about common sense, whilst the anthropologist Clifford Geertz observed that common sense "has become a central category, almost the central category, in a wide range of modern philosophical systems." This book investigates the nature of common sense through a selection of key writings on epistemology, the philosophy of science, the philosophy of religion, meta-ethics and the philosophy of economics and political philosophy. The authors included are representative of the Scottish School, such as David Hume, the Ordinary Language School, and members of the Analytic tradition, including Karl Popper, but they also incorporate thinkers like John Dewey from the American pragmatist tradition, the Italian Marxist Antonio Gramsci, recent popular writers on economics, and even pamphleteers, from Thomas Paine to contemporary engaged journalists. This is the first reader to provide such a comprehensive overview of the central writings on common sense. It features review questions and further reading lists at the end of each section.