The Philosophical Diseases of Medicine and their Cure

indgår i serie Philosophy and Medicine 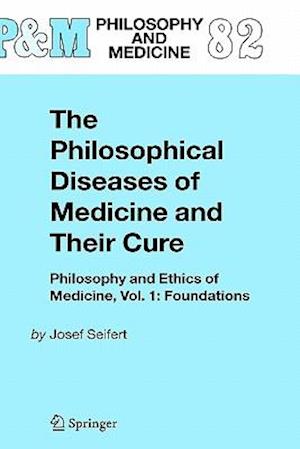 At all times physicians were bound to pursue not only medical tasks, but to reflect also on the many anthropological and metaphysical aspects of their discipline, such as on the nature of life and death, of health and sickness, and above all on the vital ethical dimensions of their practice. For centuries, almost for two millennia, how ever, those who practiced medicine lived in a relatively clearly defined ethical and implicitly philosophical or religious 'world-order' within which they could safely turn to medical practice, knowing right from wrong, or at least being told what to do and what not to do. Today, however, the situation has radically changed, mainly due to three quite different reasons: First and most obviously, physicians today are faced with a tremendous development of new possibilities and techniques which allow previously unheard of medical interventions (such as cloning, cryo-conservation, ge netic interference, etc. ) which call out for ethical reflection and wise judgment but regarding which there is no legal and medical ethical tradition. Traditional medical education did not prepare physicians for coping with this new brave world of mod em medicine. Secondly, there are the deep philosophical crises and the philosophical diseases of medicine mentioned in the preface that lead to a break-down of firm and formative legal and ethical norms for medical actions.