The Philadelphia Negro (The Oxford W. E. B. Du Bois)

indgår i serie The Oxford W E B Du Bois 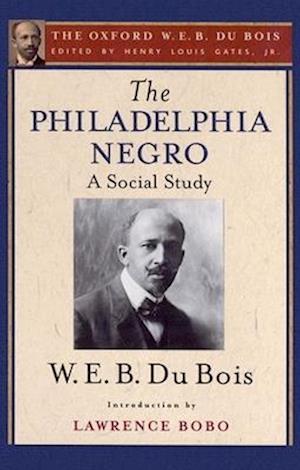 W. E. B. Du Bois was a public intellectual, sociologist, and activist on behalf of the African American community. He profoundly shaped black political culture in the United States through his founding role in the NAACP, as well as internationally through the Pan-African movement. Du Bois's sociological and historical research on African-American communities and culture broke ground in many areas, including the history of the post-Civil War Reconstruction period. DuBois was also a prolific author of novels, autobiographical accounts, innumerable editorials and journalistic pieces, and several works of history.First published in 1899 at the dawn of sociology, The Philadelphia Negro: A Social Study is a landmark in empirical sociological research. Du Bois was the first sociologist to document the living circumstances of urban Black Americans. The Philadelphia Negro provides a framework for studying black communities, and it has steadily grown in importance since its original publication. Today, it is an indispensable model for sociologists, historians, political scientists,anthropologists, educators, philosophers, and urban studies scholars. With a series introduction by editor Henry Louis Gates, Jr., and an introduction by Lawrence Bobo, this edition is essential for anyone interested in African American history and sociology.

Forfattere
Bibliotekernes beskrivelse Originally published: Philadelphia: The University, 1899, in series: Publications of the University of Pennsylvania. Series in political economy and public law. With new introd.